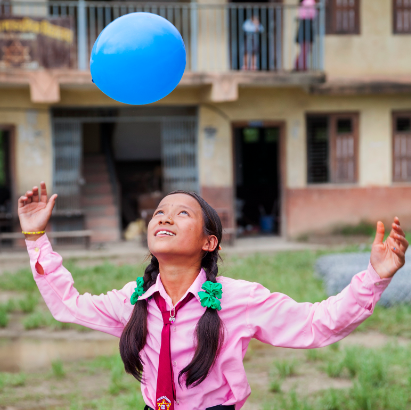 Women are an often ignored factor of prospering economic and socioeconomic conditions. Societies that are more socially inclusive have a better shot at prosperity. Greater number of families benefit when women’s productivity increases. According to a study, women spend most their income in their children’s nutrition, health and education, thus a better future for family and indirectly, the country.

Women’s contribution is crucial and their lack of involvement means stagnant growth graph.

Contribution of Nepali Women to the Economy

They hardly get credit, but Nepali women are the backbone of economy. 80% of the country’s economy is reliant on agriculture and a heavy portion of agriculture is composed of women. In simple words, more and productive women in Nepal’s agriculture mean prosperous families and nation.

One in every ten Nepali men is employed abroad. This has opened up a path for Nepali women to fill the shoes and appear as leaders. They are now directly connected to markets, more productive and are able to provide better sustenance for their families.

Barriers to Economy and Women

However as some studies compellingly suggest, absence of women from economic role-play is unfavorable for a developing country like Nepal. Ironically, things are quite difficult for Nepali women at the moment.

Nepali women lead a tough life, particularly those living in sub-urban and rural areas. Though women in urban regions too – face same issues, rural women are bigger victims of inequality. Many of them are being forced into subservience and working for hours with minimum or even no wages. Their self-image and self-esteem has been lowered due to consistent physical and emotional abuse.

Hope for Nepal and Residing Women

This has made Nepal, along with other 19 countries, a focus of President Barack Obama in ‘Feed the Future Initiative.’ The program, designed to tackle with hunger and poverty realizes that women’s contribution are invaluable in addressing the issues.

Goals of the American Initiative

USAID, during the course of previous programs found plenty of simple things to be valuable insights. Some of them include:

USAID: Lending a Hand to the Talented Nepali Women

For decades, USAID has been playing its part to evolve Nepal’s socioeconomics. We support these brave and talented women that have come forth to improve their life and their community’s life. Nepal prospers with each and every woman empowered.

Our women empowerment programmes in Nepal are not just about helping women, it is about them replicating this effect. We want to trigger a chain reaction where trained women help other women by transferring knowledge and skills. To accomplish this task, we have come up with Small business ideas and opportunities for Nepali women & empowerment programmes which contribute to a better, developing Nepal through women empowerment

Education for Income Generation is one of our recent programs that focus on education for women. The key idea is to enhance women’s knowledge so they can increase interaction and their productivity. The outcome is better profitability, better family, better community and a better nation. Conflict resolution trainings for lasting gender equality are also included in our priorities. In addition to education, we at USAID aim to empower Nepali women by:

·         Striving for better hygiene and nutrition by supporting Vitamin A supplementation program in Nepal.

Women Entrepreneur in Nepal â€“ How Can They Get ... Life of Nepali Women in Micro-Enterprises

Women Entrepreneurship in Nepal â€“ Have they Bro...